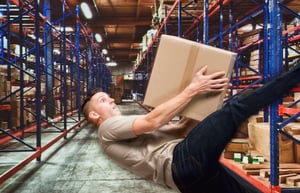 Accidents happen and people are injured, but that doesn’t always mean it’s someone else’s fault.  In this article, I’ll review the key issues in slip-and-fall accident claims.

Some key liability questions in slip-and-fall cases are:

The injured party’s own carelessness

Theories of negligence in slip-and-fall claims

In order to hold another party responsible for injuries suffered in a slip-and-fall accident, an injured party must typically prove one of the following:

The term “reasonable” often comes up in settlement negotiations and at other key stages of slip-and-fall cases.  That’s because in order to be legally liable for damages in a slip-and-fall case, a property owner or his/her agent or employee must have failed to act as a reasonably prudent person would have acted under circumstances similar to those leading up to the accident.  Here are some factors we consider when determining liability:

Our investigations often determine it was just an accident and no one was to blame.