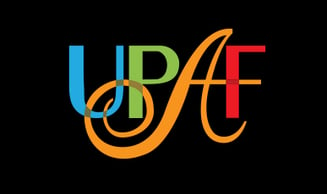 West Bend continued its tradition of supporting United Performing Arts Fund (UPAF), during our annual campaign. We’re thrilled to have raised more than $34,000 to help revive the arts scene in Eastern Wisconsin as it continues to rebound from the COVID-19 pandemic.

UPAF is a nonprofit organization that raises funds to support performing arts. UPAF was founded with a strong belief that the arts not only entertain, they also educate, heal, and impact the economy. Since 1967, their work has been instrumental in allowing the performing art groups they support to focus more of their efforts on what they do best, creating, performing, educating, and inspiring, by:

• Promoting the performing arts as a regional asset

• Responsibly stewarding the dollars donors so generously give

Insurance for consultants: We can protect your business

Successful business consultants understand that expert knowledge, trustworthiness, relationship building, and reputation are all cornerstones of operating a thriving business. These are keys to West Bend’s business model as well.

As a business consultant, you understand your clients are looking to you for expert guidance, business solutions, and professional support when they don’t have the necessary in-house expertise. When it comes to insurance and protecting your business, West Bend can do the same for you.

We understand your business is unique and requires specialized attention. Our skilled insurance professionals will work with you to design a comprehensive insurance program tailored specifically to your business needs. Our business insurance offerings include Property, General Liability, Business Technology, Errors and Omissions (E&O), and more.

If something were to happen, you’ll receive professional and experienced customer service from our knowledgeable claims team.

Click here to learn more or contact one of our independent insurance agencies to get a quote. 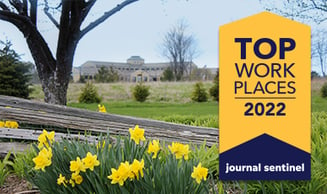 West Bend is a Top Workplace!

West Bend ranked number two in the large company category for the Milwaukee Journal Sentinel’s Top Workplaces in Milwaukee and Southeast Wisconsin! This is the eleventh consecutive year we’ve placed in the top four. We also received a specialty award for communication.

Employee feedback is the sole basis for determining which employers make the Top Workplaces list. Through a confidential survey administered by Energage LLC, employees are asked to provide feedback on issues related to workplace culture, including alignment, coaching, connectiveness, engagement, leadership, performance, pay, benefits, and more.

This year, 2,162 organizations were invited to participate. After receiving 39,755 responses from the 61,960 surveys that went out, 146 companies made the cut, including 20 large employers, 61 medium employers, and 65 small employers.

We thank our associates for continuing to make West Bend a Top Workplace!

Find an Agent
Report a Claim
Make a Payment