Can you see what’s going on in your house? 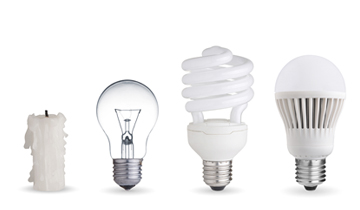 Have you purchased light bulbs lately? If not, you’re probably like me and unaware of the changes that ‎have been coming. Before Christmas, I bought brighter bulbs for my exterior garage lights. I didn’t ‎realize what I was getting myself into and how different light bulbs have become.

Beginning January 1, 2014, production of America’s most popular incandescent light bulbs (40 and 60 ‎watt bulbs) has ceased. What does this mean for you and your family? It means energy savings, along ‎with a need to become educated on the new light bulb options.

Traditional incandescent bulbs give off 90% of their energy as heat, which means they’re only 10% ‎efficient. New light bulbs use significantly less energy.‎

Here’s information on the new bulbs currently available. I hope it will help you purchase the bulbs that ‎are right for you and your family AND save on your electric bill

Compact fluorescent lamps (CFLs):When you drive by your neighbor’s house, can you tell if they’re ‎working in the garage? A few of my neighbors use fluorescent lights in their garages and they do a nice ‎job of lighting things up.‎

CFLs for your home are the same as those found in your neighbor’s garage except they’re significantly ‎smaller and made for indoor lighting fixtures. CFLs use just 25% of the energy used by incandescent ‎bulbs. According to U.S. Department of Energy, CFLs can pay for themselves in less than nine months and can last up ‎to ten times longer than a comparable incandescent bulb.‎

When CFLs initially came to market, people thought they were too bright and the light appeared too ‎industrial. Now, however, they come in warmer colors. Before you buy a CFL bulb, look on the side of ‎the box to see how warm or cool the light will appear. A warm light means that it will have a yellowish ‎glow, which is more like a traditional incandescent light.

The CFLs I recently purchased to light the outside of my home took some getting used to since they ‎don’t appear as warm as incandescent bulbs. They are, however, significantly brighter. My CFLs are ‎equivalent to a 100-watt incandescent bulb but only consume 25 watts of electricity.

‎While CFLs do save money, there are two downsides: ‎

‎1.‎ They contain a small amount of mercury. This means you can’t throw them in the garbage; ‎they must be recycled. Many hardware supply stores offer in-store recycling. To find a store ‎near you, visit www.search.earth911.com. ‎
‎2.‎ They take some time to warm up which means your living room won’t be instantly bright when ‎you turn on the switch.‎ 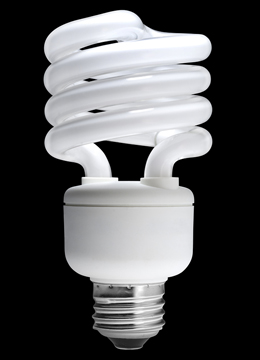 I have 12 recessed can lights in my basement. To replace one incandescent bulb with an LED bulb ‎would cost approximately $35 per bulb. That translates to an investment of $420 just to change the ‎lights in my basement. While they’re 75% more efficient, I can’t justify the initial cash outlay. However, ‎as this technology advances, LED prices will decrease. If you purchased a projection TV in the past, you ‎know what I mean.‎ 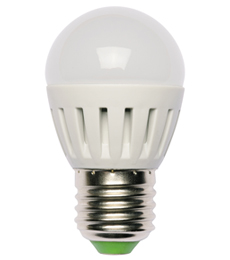 Halogen light bulbs: These light bulbs probably most resemble traditional incandescent. They light up ‎instantly, can be used on dimmer switches, and come in multiple shapes and sizes. Again, according to ‎the U.S. Department of Energy, these lights are 25% more efficient and last up to three times longer.‎ 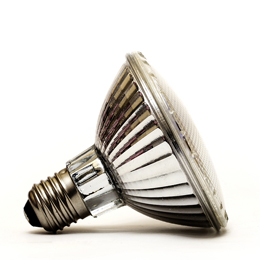 So I’ve compared the three different types of bulbs you can buy for your home. I hope you find the ‎information helpful the next time you head down to your local hardware store.‎

Do you know what lumens means? To learn even more about light bulbs, visit Engergy.GOV.‎

To learn if your favorite incandescent bulb is extinct click here.

Do you have any information you would like to share? I would love to hear your comments; please ‎share them in the box below.