Subrogation: What it is and What to Expect 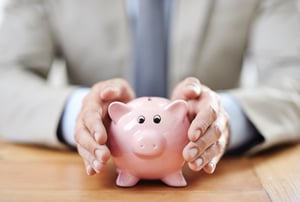 Sometimes an insurance claim can be complicated and cumbersome. There may be elements of the process that are hard to understand. One of those is subrogation, also referred to as “subro.” Unless you’ve had a claim that involved subro, you may not know what it means or what to expect.

Subrogation occurs when an insurance company seeks reimbursement for the costs of a claim from the party responsible for damages. While many people think it happens only after the claim is fully settled, it can occur at any point during the claims process. For instance, in fire claims, a subro rep is often involved from the beginning. That’s why it’s important to share as much information about the claim as early as possible; it helps the insurance company determine if a subro rep is needed.

These scenarios can help you better understand what subrogation is and how it works:

If your claim involves subrogation, West Bend will notify you by sending you a letter. The letter will include contact information for your subro rep in case you have any questions during the process. If there’s a recovery at the end of your claim, West Bend will pay back your deductible, if applicable.

The subrogation process helps recover your deductible and out-of-pocket expenses. In addition, it can keep claims that weren’t your fault off your insurance record and help maintain your premium.