There are approximately 77.8 million dogs as pets in the United States.* That’s an impressive number.  Many of our associates, myself included, have dogs as companion animals. We fully understand the passion people have for their pets as we’ve experienced the same thing on a personal level.  That’s why when the topic of dogs and insurance coverage comes up, it’s not an easy discussion, nor do we take it lightly.

As a mutual insurance 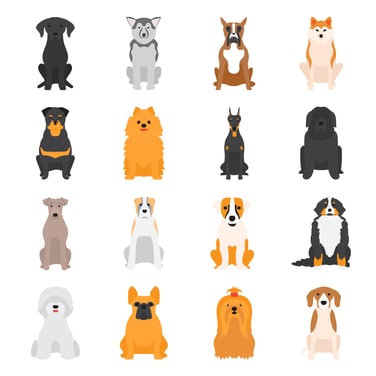 company, we're owned entirely by our policyholders and we strive to make financially responsible business decisions so we may respond to our policyholders’ claims now and in the future. Unfortunately, according to the CDC, about 4.5 million people are bitten by dogs each year and about 885,000 require medical attention for these injuries; about half of these are children.

We certainly understand that not all dog breeds present the same risk simply because of their breed. Many individual factors also influence a dog’s behavior.

Insurance companies, however, must evaluate risk in terms of groups that share similar risk characteristics and for which there is sufficient history and data. For instance, young drivers with speeding tickets are involved in more car crashes per mile driven than other age groups. While many of these young drivers will never crash or file an insurance claim, it’s nearly impossible to predict which of them will not behave as group statistics would predict.

This holds true for dogs, as well. At the same time, we also know, through experience, that certain groups/breeds have produced far more severe loss results. So while treating them as a group may seem unfair, again, it’s very difficult to try to determine which dog will not behave as group statistics and historical data predict. Here’s a look at the latest statistics for dog attack deaths and maimings in the U.S. and Canada from September 1982 to December 31, 2014**:

This embodies 9.2% of the total dog population.

In the 11-year period from 2005 through 2015, canines killed 360 Americans. Pit bulls contributed to 64% (232) of these deaths. Combined, pit bulls and rottweilers contributed to 76% of the total recorded deaths. This doesn’t account for those who survive an attack and are maimed for life.

Dog bites occur every 75 seconds in the United States and each day more than 1,000 citizens need emergency medical care to treat these injuries. While we certainly appreciate and love our dogs, we have to be objective and evaluate insurance coverage for them the way we do for every other business segment to protect our policyholders. For more information on dog bite statistics, click here.

*Per the III quoting the 2015/2016 survey from the American Pet Products Association.