The Yoni Gottesman Drowning: On August 15, 2005, Yoni Gottesman, a four-year-old boy from Santa Barbara, California, went to his very first day of summer camp. Although he was one of the younger kids at the camp, he did his best to keep up with the other kids. After a long day of arts and crafts, basketball, and tennis, Yoni and several other children were taken to the pool.

Less than 10 kids were swimming when Yoni began struggling in the middle of the pool. After roughly 20 seconds of fighting to stay above water, the small child sank to the bottom of the 4-foot deep pool. Two lifeguards and a summer camp counselor failed to spot Yoni for more than eight minutes! Efforts to resuscitate were unsuccessful.

A California jury found 11 different people, including the facility’s aquatic director and executive director, guilty of gross negligence. An award in excess of $16 million was awarded to Yoni’s family.

Three thousand people, including more than 800 children, drown every year in the United States. An additional 5,000 children will receive emergency treatment, and more than 20% will suffer severe permanent disability.

A child’s natural curiosity, coupled with the ability to slip underwater quickly and undetected, explains why 90% of all drownings occur under some form of supervision. 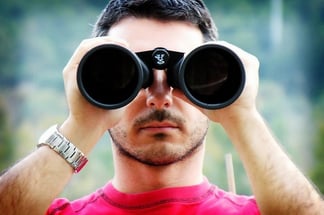 Despite the best efforts of well-intentioned lifeguards, supervisors, counselors, and parents, unintentional drownings remain one of the largest causes of premature death for Americans of all ages.

Drowning prevention efforts date back more than 100 years. Proactive steps such as swim lessons and aquatic awareness classes are beneficial building blocks, but no level of programming can replace the value of effective lifeguard surveillance. As Yoni Gottesman’s story highlights, however, it isn’t always as simple as hiring a crew of young lifeguards and maintaining appropriate swimmer-to-guard ratios.

Maintaining a safe aquatic facility requires unmatched dedication and a commitment to excellence. Any distractions preventing your staff from meeting their primary responsibilities as first responders need to be removed immediately. Common distractions for lifeguards include facility maintenance and upkeep, continuous questioning from patrons, and weather-related disturbances like sun, glare and high wind. Watch the Lifeguard Commandment video that explains the important distinction between a lifeguard’s primary responsibilities and secondary responsibilities.

With expenses rising and budgets either stagnating or declining, there is a natural temptation to remove unnecessary or frivolous expenditures. Many facilities are forced to lay off workers with the expectation that the remaining staff will pick up the leftover slack. In most cases, this strategy can work as long as morale remains high and employees are treated fairly. The one area staffing cuts fail, however, is the pool.

Lifeguards have one primary responsibility – preventing injuries in, on, or around water. While it’s fair to expect guards to contribute in other areas of the facility with routine maintenance and clean-up to prevent slips, falls and other injuries, these duties must never interfere with surveillance of the pool.

The surveillance video from Yoni Gottesman’s drowning in 2005 highlights the horrifying consequences of lifeguards assuming too many duties. In an unfortunate coincidence that ultimately cost a 5-year-old boy his life, the lifeguard on duty left his stand to wash off a dirty kickboard at the very same moment Yoni went underwater. Rather than the lifeguard being rescue ready, he spent almost 30 seconds with his back to the pool.

Lifeguards should be encouraged to help maintain a clean pool area, but these duties must NEVER interfere with their primary duty of preventing injuries! If you depend on your lifeguards to keep the pool deck tidy, consider using a 30-15-15 rotation strategy in which guards spend 30 minutes on the stand, 15 minutes tidying up the pool and responding to patron inquiries, and 15 minutes for a break or down time. This strategy ensures your patrons are safe, the deck is well kept, and the lifeguards are alert and rescue ready.

A lifeguard’s ability to see the bottom of the pool is of the utmost importance. Glare, strong wind, and splashing children make this task especially difficult. Unless your pool is indoors, there is virtually nothing you can do to successfully mitigate the effects of wind and we all know there is no way we’re getting the kids to stop splashing. Fortunately, a few options exist to help tone down the impact of glare on effective lifeguard surveillance.

Glare problems are likely going to vary depending on the season, time of day, and number of clouds in the sky. Because these elements change from shift to shift, a guard must be prepared to respond accordingly. For example, at 8 am when the sun is rising in the east, a lifeguard stationed on the west side of the pool will struggle with glare. The same is true, but in reverse, at 5 pm when the sun is setting in the west. Whenever possible, lifeguards should keep their backs to the sun. If alternating the position of the lifeguard isn’t feasible, it may be necessary to staff additional guards.

Regardless of the position of the lifeguard stands, all lifeguards should be encouraged to wear polarized sunglasses. Another great option that may not have been considered is the application of an anti-glare tape or compound under the eyes. Believe it or not, the infamous black streaks popularized by professional football and baseball players have been scientifically proven to significantly eliminate the distractions caused by glare bouncing off of our cheeks and nose.

Always encourage open communication about surveillance challenges with your lifeguard crew. Do your guards struggle with glare at a particular time of day? Have they found a spot on the deck that provides them with a better view of their zone? What steps do they take when wind begins a problem? Push your staff to test new surveillance strategies and discuss these ideas at in-services to get feedback from the rest of the staff.