In the News: An Amber Alert was issued for a seven-year-old boy after his father abducted him from his childcare center. The child’s mother had full legal custody of the child but staff members let the child go because his father claimed he was taking the child to a doctor’s appointment. The boy was eventually returned safely to his mother after several hours and contact with the police.

Anyone who has worked with children knows the drama that can surround pick-up and drop-off procedures. 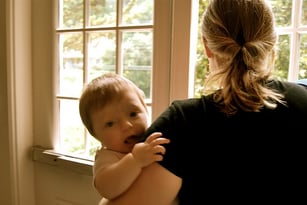 Child-focused organizations encounter divorced parents, grandparents visiting from out of town, friends sent to pick up children whose parents are running late, and other potentially tricky situations every day. Strong policies and procedures regarding pick-ups are essential to ensure a child’s safety.

Any organization working with children needs a policy in place describing who can and cannot pick up any given child. This information should be obtained as soon as a child enrolls. West Bend then recommends that any request to make an addition or modification to this list be made in writing by the child’s parent or guardian. This written permission should then be turned in to the child’s teacher in person by the parent before someone new is allowed to pick up the child.

An email or phone call should not be considered sufficient. Anyone who has not met the child’s teacher needs to have his or her photo ID checked. Checking photo IDs may be inconvenient during the end of a busy day but is a priority. It’s critical for staff to understand how important this is to prevent dangerous incidents and keep children safe.

If a parent states that the other parent no longer has custody of the child, request legal documents immediately. A child should never be withheld from their parent without legal documentation. This policy should be communicated to all families to avoid dramatic situations.

Once official custodial papers are obtained a plan must be developed to comply with the legal requirements. All administrators, front office staff, and the child’s teachers should be informed of the custody change. Steps should immediately be taken to revoke the non-authorized parent’s method of access to the center. Administrators and the parent with custody can create a procedure to follow if the prohibited parent tries to pick up the child. Perhaps, if the person is not considered dangerous, only the legal guardian is notified. In other situations, the police may need to be called immediately.

Custodial issues aren’t the only situations a child-focused organization will face. A few other potential scenarios to consider:

An administrator should be available at all times to assist in these situations. A teacher should never be solely responsible for confronting and trying to prevent an adult from taking a child, as these situations can be uncomfortable and potentially dangerous. Also, parents may take the administrator more seriously.

It’s important to err on the side of the child’s safety. Do your best to prevent the person from leaving with the child, but never put your own safety at risk. Try to stall or distract the person while someone else notifies the authorities and the child’s other guardian.

If someone does leave with a child and his or her safety is in question, be sure the police are on their way. Document what the child was wearing, what the person who took the child looked like, their vehicle make, model, and license plate, and the direction they were headed. It is better to know the child is safe even if the situation turns out to be harmless.