In the News: An unvented clothes dryer was the cause of a fire that killed three young children, one just three months old, in an unlicensed daycare, authorities said. The retired teacher who ran the daycare eventually died after pulling other children out of her burning home. Another suffered permanent brain damage, while the two other were listed as fair.

Fires are a major concern in the United States. The US Fire Administration claims an estimated 325 fires occur in daycares annually. 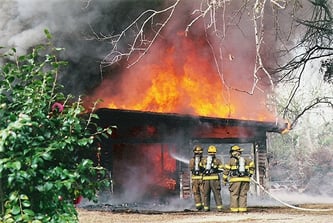 Designing and regularly practicing a fire-specific emergency action plan is one of the simplest ways to save lives if a fire breaks out in your facility.

Evacuating any business during an emergency is a difficult task. Did everyone make it out okay? Were there any visitors in the building? Who called in sick today? Each of these questions requires a quick and accurate answer, even in the midst of chaos. When children are thrown into the fray, the difficulty grows exponentially. As was the case in the story above, a fire can rip through a building in a matter of minutes. There’s no room for error or second-guessing; difficult decisions must be made on a moment’s notice. A well-practiced evacuation plan can be the difference between life and death.

Hope for the best, but plan for the worst. As mentioned earlier, there’s no time to waste when disaster strikes. There is often very little time to strategize; therefore, everyone must understand their roles. Consider completing these tasks in preparation of a disaster:

During a Fire Emergency

The odds are slim that things will happen exactly as you planned during an emergency. Remaining calm and following protocol as closely as possible are the best ways to stay safe.

After a Fire Emergency

Once it appears all children and employees have safely evacuated the home or facility, begin checking the attendance roster. After accounting for any discrepancies, begin contacting parents. After the authorities and the children’s parents have been contacted, call your independent insurance agent to begin the claims process.