Only about one of every six burglaries is cleared by arrest, says the Federal Bureau of Investigation.

In the last decade, burglaries in the U.S. have just about doubled. And unlike lightning, thieves may - and often do - strike in the same place twice.

In the face of these facts, business owners and operators, especially those with small operations, cannot afford to ignore burglary prevention. 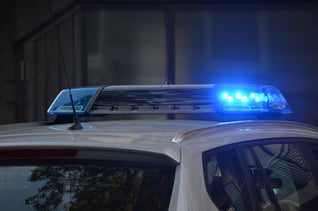 Lock the burglar out

A sturdy lock will discourage a timid burglar and at least make a bold one work harder. Experts say the pin-cylinder lock may give the best protection since it's difficult to pick. The lock should be a dead bolt-type, requiring either a key or a knob to set it. Such a lock cannot be opened by slipping a piece of celluloid between the door edge and jamb, a standard burglar's technique that works on locks that catch automatically when the door closes.

The ultimate frustration for the burglar is the double-cylinder dead lock which must be opened by a key from either side, making it difficult for a hidden burglar to get out of the building.

In addition to locks, a bar can be used on the rear door, a favorite entry point for burglars. Bars over windows, skylights, and other openings can also frustrate any unauthorized entrance.

Experts advise that records should be kept on key distribution, and that employees should be required to turn in their keys when they leave the business. Having a master key or one key for both outside doors and inside offices is convenient, but makes burglary a simple matter. It's a good idea to code keys so only the employees know which locks they fit.

Burglar alarms are perhaps the most obvious means of burglar protection.

The silent central-station alarm gives the best protection. This type goes off at a private protection agency or in the local police station, unknown to the burglar who continues working, reassured by the quiet.

The cheaper building-type local alarm system - which wakes the entire neighborhood and alerts the burglar, as well - is preferable to no alarm at all. At least it may scare off the thief before he's completed the job.

Alarm sensing devices are available in considerable variety, from radar motion detectors and invisible beams to an automatic phone dialer which efficiently calls both the police and the business owner.

Put burglars in the spotlight

Providing a lot of light, both inside and outside, usually is effective. Have each entrance point, including windows and large vents, flooded with light will discourage all but the most highly motivated burglar and will force any burglar to work quickly. Mercury and metallic vapor lamps serve well since they are almost unbreakable.

It's advisable to arrange indoor lighting so anyone on the inside can be spotted by police patrolling the area. It's best that window displays not block the view from the street.

No matter the weight or shape, safes can be bolted to the building and placed near the front of the store so suspicious activity would be visible from the street at night. Since burglars can't take what isn't there, prudent managers will leave the safe as empty as possible banking excess cash at night. It's also a good idea to equip safes with silent alarms.

Burglar-resistant glass, a sandwich of plastic between two sheets of glass, thwarts access to displays and the building itself. It can be broken, but it takes continual hammering to break it.

All these hints can help prevent burglaries, but common sense precautions must also be used. For instance, having all the windows barred will be useless if a transom is left open or an employee is careless with his or her keys.

Only by applying all these prevention techniques can the business owner be assured the thief's profits don't become the owner's loss.