Child Attacked by Dog at Daycare: A child attending an in-home daycare required advanced medical attention after being bitten in the face by a dog. The daycare owner’s son was visiting and brought the dog with him. Both the child and the dog were unsupervised when the attack occurred. The bite caused significant damage, required surgery, and resulted in permanent facial scarring. 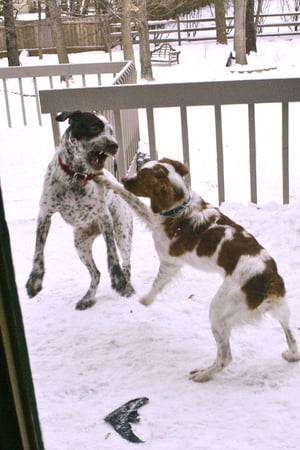 Most people consider dogs to be man’s best friend, but every year a shocking number of people require medical attention and suffer horrific injuries due to dog bites. A recent study demonstrates just how prevalent dog bites are and why it’s important for parents, homeowners and business owners to take certain precautions.

As demonstrated in the story above, bringing dogs into a situation with children can have very serious consequences if all necessary precautions aren’t taken. Everyone should take a few simple precautions before getting a dog, especially if the dog is going to be exposed to children or strangers on a regular basis.

Other ways to prevent dog bite injuries include:

Some Dog Breeds are More Aggressive

Some dog breeds, statistically, are much more likely to bite than others, and some breeds account for an overwhelming percentage of fatal dog bites. Pit bulls and Rottweilers account for 76% of fatal dog bites in the last 15 years. While not every Pit Bull or Rottweiler is dangerous, statistics do show that these breeds, on average, tend to be more aggressive than others.