In the News: An infant boy was found dead in a sport utility vehicle outside a west side daycare center, apparently left unattended by an employee of the center who picked him up, police and relatives said. The temperature was 81 degrees at 4 p.m. when a 911 caller reported that the baby, identified by family members as a 4-month-old, was found in a Dodge Durango outside the day care. Relatives, including one who is employed by the daycare, said the infant was picked up from his home that morning but was never taken inside the center.

What is Vehicular Hyperthermia? 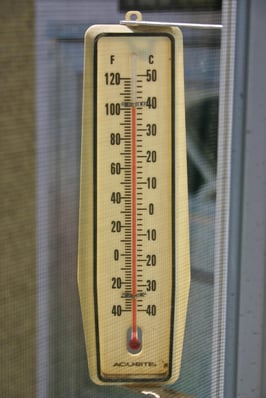 Hyperthermia is an acute condition which occurs when the body produces or absorbs more heat than it can dissipate. A core body temperature of 107° is considered lethal as cells are damaged and internal organs shut down. Because a child’s thermoregulatory system is not fully developed, their bodies warm at a rate three to five times faster than an adult’s. Since 1998, 386 children under the age of four have died due to vehicle-related hyperthermia.

Most hyperthermia incidents occur when the child is forgotten by a parent or childcare provider. Stress and preoccupation are typically the greatest cause for such forgetfulness. In cases involving paid caregivers, 84% were prosecuted; 96% of which were convicted.

If you suspect a child is suffering from heat exhaustion, call 911 immediately. While waiting for medical authorities, it’s important to quickly lower the body temperature of the child.