Many childcare center administrators wonder about the pros and cons of installing cameras in their classrooms. On one hand, the cameras add another set of eyes on the classrooms so if anything happens, children aren’t the only witnesses. Cameras, however, can also create privacy issues. As video monitoring becomes more prevalent in childcare facilities, there are a few issues to consider when centers determine whether to use cameras.

If a childcare facility is going to install cameras, the best way is to contract with a company that specializes in this service. Facilities should not just purchase cameras and set up their own systems. Companies that set up video monitoring specialize in creating secure access for parents. They’ll install and determine the placement of the cameras and can set up parent accounts on an encrypted site for security purposes. In addition, using an outside company helps take some of the liability away from the center if an issue with the cameras arises. 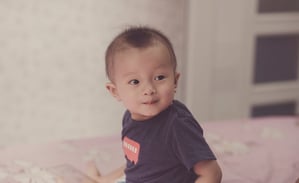 Under no circumstances should unrestricted public access to the video feeds be allowed. Sometimes centers think that starting a blog with a live webcam may help attract new families. This, however, is a serious privacy violation. Parents of children at the center should be the only ones allowed to view the classrooms. Parents also should only be allowed access to classroom feeds where their children are enrolled. They should not be able to login and check out all areas of the center.

Cameras shouldn’t be placed anywhere in the center where a child or anyone else could have a reasonable expectation of privacy. This includes bathrooms, changing rooms, locker rooms, private offices, etc. Cameras should only be placed in public places such as playgrounds, classrooms, kitchens, dining areas, parking lots, and entryways. The cameras should be conspicuous.

Parents and employees should be notified about the cameras in the facility. It’s best to make it as obvious as possible that the premises are under video surveillance. Facilities should consider posting a sign stating this. Child registration documents should include a notification about the cameras and a waiver/release of images of the child. Employment documents should include information about the cameras and that there’s no expectation of privacy in the workplace for employees. Centers should never install fake cameras to give the illusion of monitoring.

There’s no real law requiring childcare facilities to keep video footage for a certain period of time; however, the center should make a policy and follow it consistently in all situations. For example, the facility could store the footage for 30 days and then record over it with new footage. Alternatively, the center could have video feeds that live stream and don’t actually record. If an incident occurs, the center should be sure to preserve any footage as soon as possible for legal purposes.

What if a center’s system doesn’t have regular parental access and a parent demands to see footage from their child’s classroom due to an incident? Typically, when a system doesn’t allow parental access, it’s designed for administrators to view employee actions, not the children. Directors/owners should be the only ones to view this footage since the systems are designed for internal purposes. Facilities don’t have to allow parents to view videos in this situation unless they’re involved in a lawsuit and the video footage becomes discoverable.