Exculpatory agreements, commonly referred to as waivers or releases, are documents that protect businesses and individuals from claims arising from negligence. Businesses with unique liability exposures often find they cannot operate profitably without the protection afforded by these agreements. The use of exculpatory agreements not only discourages many potential claimants from commencing litigation, but also causes lawsuits that are filed to be dismissed without payment, thereby lowering insurance costs and other expenses businesses might otherwise incur.

Exculpatory agreements have been found to be enforceable in many cases in each of the states in which West Bend writes business, especially in relation to sports or recreational activities. Case law makes it clear, however, that the terms of an exculpatory agreement will be closely scrutinized by the courts. Courts will most likely enforce exculpatory agreements in personal injury claims arising from negligence if these guidelines are met: 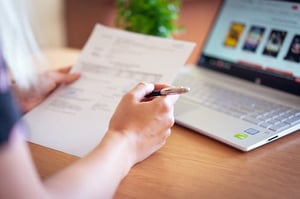 It’s important to consult with competent legal counsel before using or relying upon an exculpatory agreement to limit potential future liability. In addition, case law regarding exculpatory agreements continues to evolve and insureds should review the status of those agreements periodically with legal counsel. An example of such evolution occurred in Wisconsin in 2005 when the Wisconsin Supreme Court added a “bargaining” requirement to the legal analysis that has caused many Wisconsin businesses to scramble for answers. Some insureds have chosen to charge one amount if a participant agrees to sign an exculpatory agreement and a much larger amount if a participant refuses to do so.

In some states, courts have held that parents can validly waive the rights of their minor children to claims arising from future negligence. Other states, like Michigan, for example, have case law stating that parents cannot waive the claims of their minor children. Case law is subject to change so a best practice is to have the parents sign exculpatory agreements. Then the enforceability can be determined at the time a claim is asserted.

Michigan
Woodman v. Kera – Five-year-old broke his arm while playing on inflatable play equipment. Agreement signed by father not enforced as to the claim of his minor son.
Dombrowski v. City of Omer – Plaintiff was injured while crossing a river on a rope during an annual festival. Agreement enforced.