A recent iPhone software update made headline news because it patched a very serious security flaw. It was discovered hackers could infiltrate iPhones without users clicking on anything malicious. And users would have no idea their phones had been compromised. While it appears this flaw was mainly used to compromise the phones of journalists and other high-profile individuals, it was still a huge vulnerability. Once it was recognized, Apple released a software update to fix the security issue. 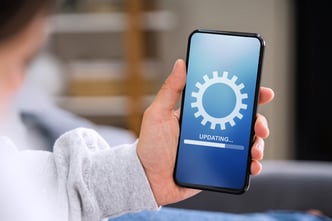 Most organizations stay on top of software updates for their employees’ physical computers, pushing through any security patches that are needed. However, companies also utilize Apple devices, such as iPads and iPhones, to conduct business. Many employees access their work email on their phones. It’s very important that users keep their devices updated to protect both their personal data and company data from hackers.

Check out our other cybersecurity resources: