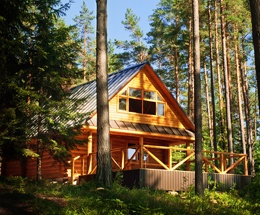 Insurance 101: You own it, you insure it! Most people understand that when they own something, they must insure it. When people co-own items, however, they often forget to mention this to their insurance agents or carriers and it can leave a HUGE gap in coverage!

Joyce Schuett senior personal lines underwriter, explains if you own something, in whole or in part, it's vital that you're listed as an “insured” on the insurance policy.

For example, let's say two brothers co-own a cabin. Brother #1 adds the cabin to his insurance policy, but doesn't list Brother #2 as an Additional Insured. Someone is injured on the property and sues both brothers/owners, however, only Brother #1 is protected because he's the only insured listed on his policy. Brother #2 doesn't have protection and could be personally sued, thereby risking the loss of his home, investments, and other assets.

The misuse of Additional Insured vs Additional Interest in the insurance industry is sadly much too common. Insureds, agents, and companies often don't understand the differences, don't clarify ownership of items, or don't ask enough questions to confirm that who/what they're adding to an insurance policy will be properly protected.

For instance, one insured can't sue another insured on the same policy so incorrectly adding a party as an Additional Insured could make suing a responsible party impossible.

This example illustrates. A homeowner hires a contractor for a major renovation project and the contractor asks to be listed as an Additional Insured on the homeowner’s policy. The homeowner contacts the agent who sends a request to the insurance company to add the contractor. No one asks any other questions and the change is processed.

So anytime someone asks that others be added to a policy, ask questions about who has ownership and why a party should be listed. This will ensure accurate insurance coverage.

This article is intended for general educational and illustrative purposes only and should not be construed to communicate legal or professional advice.  Further, this article is not an offer to sell insurance.  Please consult with your licensed insurance agent for specific coverage details and your insurance eligibility.  All policies are subject to the terms, conditions, limitations, definitions, and exclusions contained therein.