Is there an unknown fire hazard in your electrical panel? 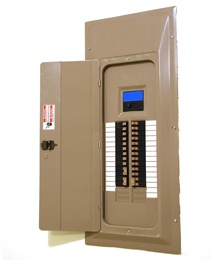 The electrical load on a household has significantly increased in the last 50 years. Today most people have at least one computer, several televisions, gaming systems, cell phones … all requiring electricity. According to the US Census Bureau, more than half the homes in the US were constructed before 1970, before many of these modern conveniences were invented. Amy Justman, personal lines senior underwriter, will explain if your house is at risk.

Before 1970, 60amp two-wire service was common. Today, minimums start at 100amp, three-wire service. Depending on the size of the home and its electrical load, 150 or 200amps may be required. Therefore, unless a home’s electrical system has been upgraded, it's outdated and at risk of being overburdened.

Additionally, there are two brands of circuit breaker panels manufactured between 1950 and 1990 that have serious design flaws and put older homes with these panels at even more risk. They are Zinsco and Federal Pacific Electric (FPE) panels along with Stab-Loc circuit breakers. Now obsolete, millions of homes still have these panels today. While they may work fine for years, one overcurrent or short circuit and they can overheat and start a fire.

Experts report that both FPE and Zinsco breaker panels have major faults that could pose a real danger for fire, electrical shock, and injury:

Inside Federal Pacific panels, there are several potential problems with the breakers: overcrowding, loose connections, they can easily split, and they may still be active when in the off or down position.

In addition to these concerns, the Consumer Product Safety Commission (CPSC) found that, when using UL 289 test conditions, the materials used to construct the breakers may be weak. As a result, the breakers may not trip and the panel could catch fire.

Each year, an estimated 2,800 fires directly result from Federal Pacific panel breaker malfunction. Federal Pacific Electric has been out of business for many years, but the danger and damage caused by their negligence continues.

Problems with certain Zinsco panels may not be easily visible; however, electricians often find that breakers cannot be removed from the bus bar because they melted together. In that condition, a breaker would be unable to trip, allowing an unsafe amount of electricity into the home. This could lead to a potential fire.

A second known failure is when the breakers blow out the side, causing an electrical arc explosion.

And a third problem is that even if they appear to be shut off, they can still be conducting electricity which puts you at risk for electrical shock! Only licensed electricians should inspect and remove these breakers. It's recommended the entire electrical panel be replaced, not just the damaged circuit breakers.

The circuit breaker panel is one of a home’s most important mechanical systems. If you have one of these panels or you have less than 100 amp electrical service, please contact a licensed electrician for an inspection. The cost of maintaining the electrical system is well worth the investment to keep your home, and more importantly your family, safe.